Alexander Colin McKay was born on 27 October 1955. He received his early education at Glenbervie School and joined Whangarei Boys' High School on 7 February 1968 in Form 3A.

He was a School Librarian for each year he was at Boys’ High and was the 5th Form Speech Champion in 1970. He achieved School Certificate in 1970 followed by University Entrance in 1971. Alex was a very keen poet while at School and this is evidenced by the fact that 10 of his creations were published in the Fideliter School magazine.

Upon leaving school he travelled to Australia and many other countries, including Bangladesh where he worked for a Swedish Mission assisting the country after a terrible flood. He was later employed in the off-shore oil industry in the North Sea (1979-86) and as a Private Investigator (1986-89) in Sydney. But in 1989 his travels in Tibet and the Indian Himalayas finally led him to start his studies at the University of London.

He graduated BA (hons) 1st Class in Religious Studies and History at the School of Oriental and African Studies (SOAS) London University in 1992, and was awarded a British Academy Major Scholarship enabling him to complete his PhD Thesis on ‘Tibet and the British Raj 1904-1947: The Influence of the Indian Political Department Officers’ in 1995.

Between November 1995 and August 2000 Alex held various research fellowships at the International Institute for Asian Studies, in Leiden, where he remains an affiliated fellow.

In September 2000 he was awarded a 2 year Millennium Research Fellowship at London University SOAS, researching the history of the Indo-Tibetan pilgrimage to Mount Kailas, in the western Tibet region of China. In October 2002 he took up a Research Fellowship at the Wellcome Trust Centre for the History of Medicine at University College London, where he remained until April 2006, when he took early retirement to return to his wife’s homeland of Australia and focus on writing.

During his time at London University Alex was in huge demand as a lecturer, presenting papers at most of the great universities of Europe and America, as well as teaching courses in South Asian history and medicine at London University and at Sheffield Hallam University. He has also been involved in organising numerous conference and seminars in the past 15 years and was the sole organiser of the Golden Jubilee Conference of the Namgyal Institute of Tibetology in Gangtok, Sikkim in October 2008 that saw 70 papers delivered and 18 nationalities represented. An incredible feat alone.

He has been widely published in journals and edited volumes as well as assisting with editing of others work together with being the sole author of three published books.

He has achieved world renown for his work and amongst his recognitions:

Alex has achieved renown in an unusual and challenging field and continues to be held in high regard worldwide. His conferences are always very well attended by academics from many countries and his down to earth approach encompasses people from all areas of life. Equally at home with the Dalai Lama or a Tibetan yak herder, he is able to attract dignatories like Sonja Ghandi to attend and exchange views with the academics and delegates from other countries. He is frequently asked to review books and doctoral theses and to mentor students. He regularly visits Tibet, Bhutan and the Indian Himalayas and has walked many of their sacred mountains. Alex has many friends and colleagues in Bhutan, India, Holland, the UK etc who value and respect his opinions and views very highly.

In recognition of his international contribution to Tibetan culture, history and medicine Dr Alex McKay is the 11th inductee into the Whangarei Boys’ High School Fideliter Fellowship. 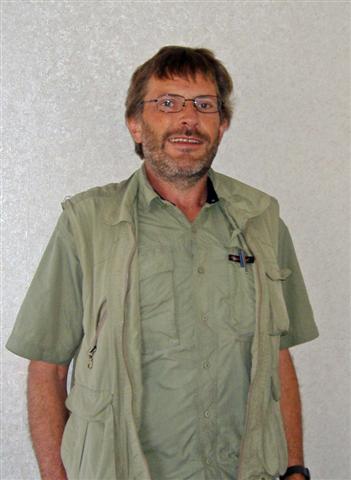