Bob had a very distinguished time at Whangarei Boys’ High School. Some of his achievements include:

As an early testament to the integrity and honour that he would display in later years, Bob was awarded the prize for Sportsmanship in 1937

Scholastically Bob passed School Certificate and University Entrance in 1938 and Higher Leaving Certificate in 1939. He also made the toast to The Masters at the School’s Annual Dinner in 1939, which was a real honour in those days. He left Whangarei Boys’ High School at the end of 1939 to attend Royal Military College Duntroon.

After graduation from Duntroon in June 1942 Bob joined the New Zealand Army. During World War II he was Platoon Commander in 36 Battalion, 3rd New Zealand Division during 1943, Troop Commander in the Divisional Cavalry Regiment in Italy 1944/45 and finally served with the British Commonwealth Occupation Force in Japan during 1945/46.

After the war, he attended the British Army Staff College at Camberley, was Officer in charge at the Tactics School in Waiouru and from 1959 to 1962 he went on to serve on the Directing Staff at Australian Army Staff College, Queenscliff. When the First Battalion New Zealand Regiment was posted on 9 Nov 1963 to the 28th Commonwealth Brigade Garrison located at Terendak near Malacca in Malaya, Bob was the Commanding Officer. He relinquished that appointment on posting back to New Zealand as part of the routine two-yearly roll over on 25 Nov 1965.

In 1969 Bob returned to Malaysia to take command of the 28th Commonwealth Brigade and oversaw the deployment of the brigade from Malaysia to Singapore having been promoted to the rank of Brigadier, the 3rd highest rank in the NZ Army. On 9th March 1973 he was posted to NZ Defence Liaison Staff, Canberra.

Bob retired from the Army on 22nd October 1976. Along the way he was awarded an MBE for his services to the Military in 1956 and an OBE in 1966. He briefly took up a role with Broadlands Group before moving to Melbourne, Australia where he lived for the rest of his life.

Sadly Bob died peacefully at his home on January 27th 2010.

He has been described as a true soldier and an officer who led by example and earned the respect of those that served under him. His Command and Leadership abilities, and that of his fellow Officers and Senior NCOs, lead to the training that brought out the true qualities of the men that served under him in Malaya. He will forever be remembered by those men, and by anybody who had cause to fall under his guardianship.

Bob spent the better part of 40 years involved with the military and his approach to the use of force is best summed up by the man himself in his book where he wrote ‘Military force is the final resort, when the civilian process has exhausted all other means of rational and diplomatic dis¬cussion. The alternative is to submit, and at whatever the cost, surrender freedom, esteem and dignity. The ultimate peace enforcers and preservers of law and order have always been policemen and the military. When it has been a brutal or corrupted response, and has been proven to be so, these ele-ments of society fall into disrepute. The simple truth is, that human characteristics, instincts and frailties remain, even amongst the most advanced of homo sapiens, despite their proclaimed ideals and goodwill. Beware the day a nation decides it can drastically reduce either the internal or external forces that protect its security. The recognition of this fact is the insurance premium any nation must pay to ensure both its credibility and durability. Such philosophies have been pro-pounded by better minds and brighter advocates; some have smelt cordite, and those who haven’t should listen very intently to those who have.’ 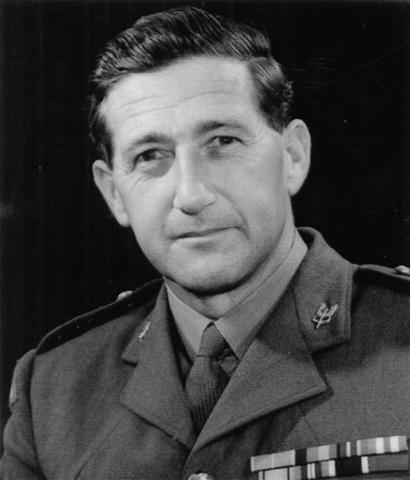