David Gilbert Sirl was born on 9th November 1942 and entered Whangarei Boys’ High School on 5th February 1957. The signs were there right from the third form when he ran 3rd in the 880 yards.

This continued into 1958 when he was 2nd in a 880 yard race and 4th in the intermediate steeple. That year he also gained selection in the Whangarei 5th Grade rep team as Vice-captain. In 1959 he was 4th in the Senior Steeplechase and gained School Certificate. One could say that the previous three years were just a dress rehearsal for in 1960 things changed quite dramatically.

In 1960 he was a Deputy Prefect and in Form VI 1. He ran in the steeplechase but had to withdraw due to a pulled muscle. He was a member of the 1st XV and was awarded School Colours. He finished second in the Senior Athletics Championship but won the 440 yards, 880 yards and mile races and finished 3rd in the 220. For setting 4 standards he was awarded School Colours in Athletics and for winning the 440 yards he was awarded the Sirl Salver, the first time this trophy was presented.

The same basically happened in 1961 although this year he was a full prefect and Captain of Grey House and in Eric Blow’s VI B class. He finished 2nd in the Senior Steeplechase and 2nd again in the Senior Athletics championship. Again though he won, and set new records, in the 440 yards, 880 yards and mile, and for good measure he also won the triple jump. He was also in the 1st XV and selected in the Northland Junior rep team, the Whangarei Brake Shield team and also the Junior Vikings.

Having achieved all he could hope for at Whangarei Boys’ High School David left at the end of 1961. David has worked for Colgate –Palmolive for the past 30 years but it is definitely his contribution and performances on the athletics track that make him one of Whangarei Boys’ High School’s famous sons. As early as 1963 he was breaking records when he broke the Northland 880 yards record and from there his performances are endless and always of high quality. We can only hope to mention a few here so have asked Dave to share his favourite memories with us.

Always the professional, when informed that his long standing record had been broken David wrote to the new holder ‘Congratulations Tony Young of Seattle for breaking the world record in the m45 mile. Looking at the video it is obvious he can run a lot faster, perhaps a few fast 800s will help him to achieve this!”

Dave gave up running finally in 1996 after suffering a heart attack. He had just completed a 74 minute half marathon in winning his age group at a Brisbane event.

In recognition of his outstanding service and contribution to New Zealand Athletics, David Sirl is the 5th inductee into the Fideliter Fellowship. 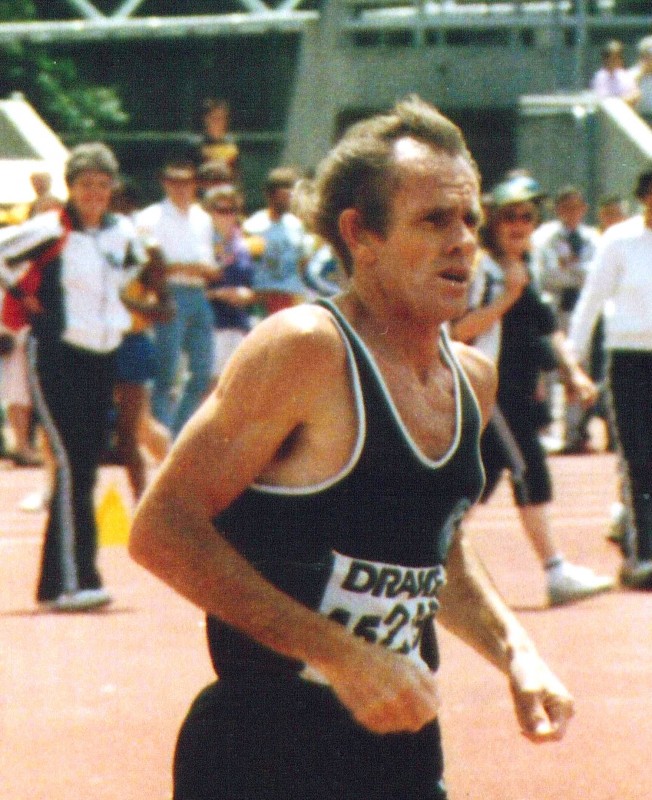