Lloyd Allan Trigg, the son of Arthur and Cecelia Louisa Trigg, (nee White) was born at Houhora, Northland, New Zealand 5 May 1914. He entered Whangarei High School in 1927. Lloyd’s father died in 1927 and his mother, unwell for some time passed away in 1930.

Those two events made Lloyd even more determined to succeed. He did well at school and broadened his life taking his skill as a competent violinist a step further by joining the school orchestra in 1929. The competitive and team spirit of rugby appealed and Lloyd was in the 1st XV in 1931 gaining his School colours that same year. About this time he took up distance running, one sport probably benefiting the other. In 1931 he was also the Platoon Sergeant for ‘B’ Company in the School Cadets.

In studies Lloyd set some clear goals. He qualified for University Entrance in 1930 and his objective was to become a school teacher. He achieved his training college entrance in 1931 and enrolled at Training College. He left Whangarei High School in July1932. However he was only to remain in training college for a short time as the depression dictated that he was needed on the family farm back in Victoria Valley.

With the coming of World War Two Lloyd served in the New Zealand Army – Territorial Force for one year before joining the Royal New Zealand Air Force (RNZAF) as an Airman Pilot – Under Training 15 June 1941.

After attending training school in Canada Lloyd obtained his Pilot’s Badge on 16 January 1942, and commissioned in the rank of a Pilot Officer. After receiving further training in flying Hudson aircraft he embarked for the UK on 28 October 1942

He was posted to West Africa in December 1942 where he joined No.200 Squadron on the 1 January 1943. As a pilot of Hudson aircraft he took part in 50 operational flights, these being reconnaissance patrols, convoy escort flights and anti-submarine patrols. The squadron later converted to Liberator planes.

While with 200 Squadron Lloyd carried out a large number of shipping reconnaissance’s and convoy escorts. For Lloyd’s conspicuously good example of keenness to fly under all conditions, he was awarded the Distinguished Flying Cross (DFC). Lloyd never knew that this award had been bestowed upon him

On Wednesday 11 August 1943, while flying on a different mission, Lloyd Trigg sighted a surfaced submarine on its way back to base in France. He engaged the sub and took his aircraft down to 50 feet. His Liberator was repeatedly hit by 20mm cannon fire as it ran in to bomb, fire breaking out in the fuselage as a salvo of depth charges were released to straddle the U-Boat. Both the hunter and hunted were mortally injured. Lloyd’s aircraft plunged into the sea 300 yards behind its victim, exploding on impact. There were no survivors. The U-boat sank minutes later.

Praise from the U-boat commander for the determined attack upon his ship by Lloyd Trigg and his crew led directly to the posthumous award of the Victoria Cross. The Victoria Cross to the man from Victoria Valley. The citation reads ‘Flying Officer Trigg’s exploit stands out as an epic of grim determination and high courage’

For his meritorious bravery and dedication to his country Lloyd Allan Trigg is the 1st inductee into Whangarei Boys’ High School Fideliter Fellowship. 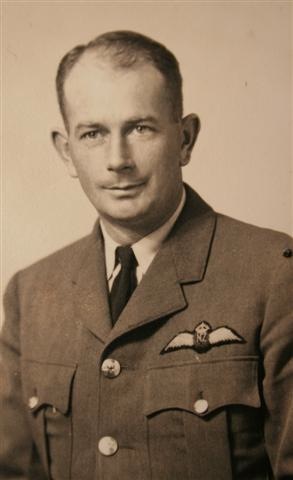