The formation of the WBHS Old Boys' Association Endowment Trust was initiated in 2009. The purpose was to establish a fund to take the place of the existing WBHS Foundation whereby Old Boys could build up a fund to create some sort of legacy for the future of not only the School but also the Association.

This was a fund that would be managed by Old Boys for Old Boys, although the ultimate goal always remains to provide help to the School. The broad objectives of the Trust are:

The Trust is to be administered by Trustees who are appointed by the Association.

The current Trustees are as follows:

Initially the Trustees were:

Since the establishment of the Endowment Trust, other trustees include:

The Trustees appointed JBWere Ltd to manage the investment of the funds deposited into the Trust. The starting balance was $150,000.00.

A copy of the Trust Deed is available by emailing president@wbhsoba.co.nz 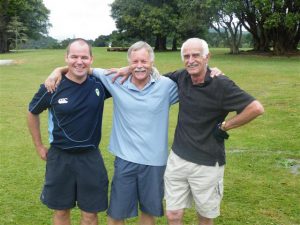